Stridulations for the Good Luck Feast is a suite of rhythmic compositions that could be considered a collaborative game, played not by opponents to win or lose, but by a team of individuals whose primary challenge is collective improvisation. The object of Stridulations is the formation of a self-governing ensemble acting as one ‘organism’ that produces unique arrangements each performance. Contains 13 mini scores in a deluxe folder pack designed for music ensembles, schools, workshops, including music therapy. You can purchase the score pack HERE.

Stridulations for the Good Luck Feast had its world premiere at Brooklyn Academy of Music in 1998 and has been performed in masterclasses and concert programs worldwide including New York University, The New School, Utrecht Conservatory, New College / University of Southern Florida, University of Central Florida in Orlando, Houston Community College, Camp MMW, Roulette (Brooklyn, NY), etc…

Along with the specific events I’ve described, the compositional philosophy essential to the creation of Stridulations evolved through key interactions with other musicians. This development began with my private teacher Paul Price, who first encouraged me to write for percussion, and then later, to my amazement, premiered my first percussion composition Variations on Bolero with the Kean College Percussion Ensemble in 1981.

Nearly a decade later I participated in a few Cobra performances created by John Zorn.

Zorn’s Cobra inspired me to design my own system in which an ensemble had more freedom to improvise while maintaining a greater musical message.

My wish is that Stridulations for the Good Luck Feast will continue to evolve with the addition of new variations contributed by students, musicians, and therapists, thereby expanding the rhythmic language through creative improvisation and experimentation.

BUY HERE or WATCH VIDEOS AND OTHER MEDIA HERE 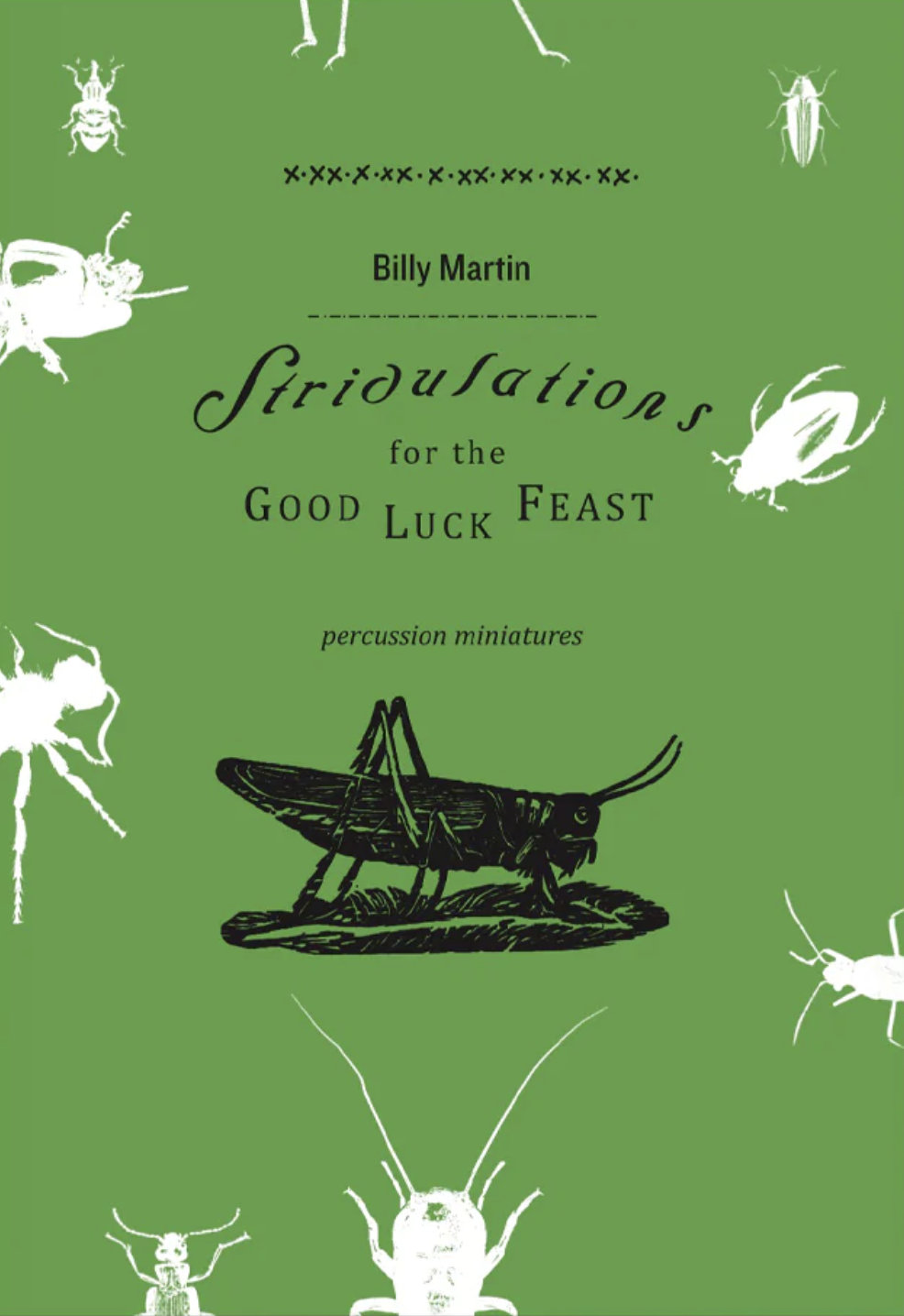 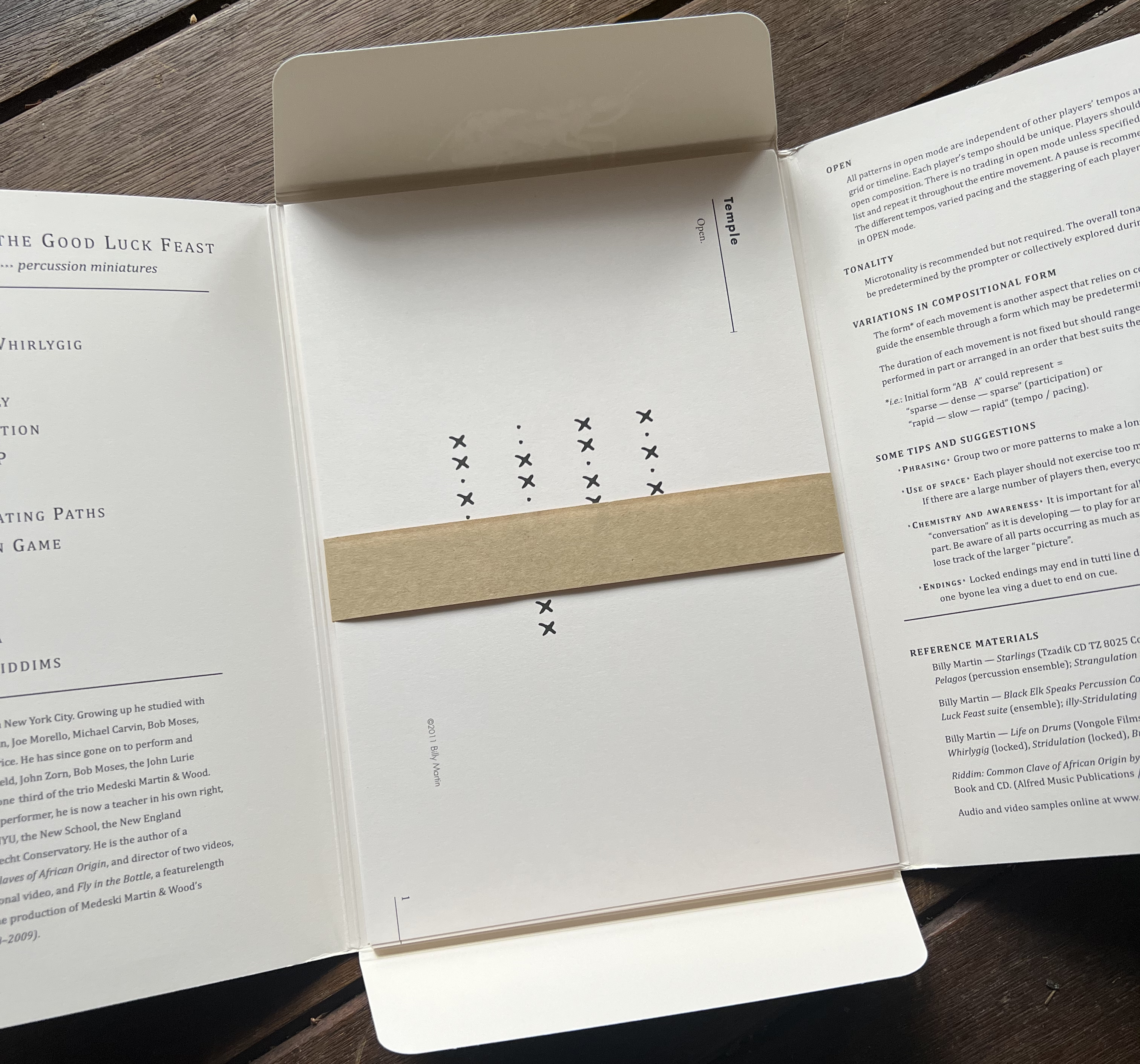