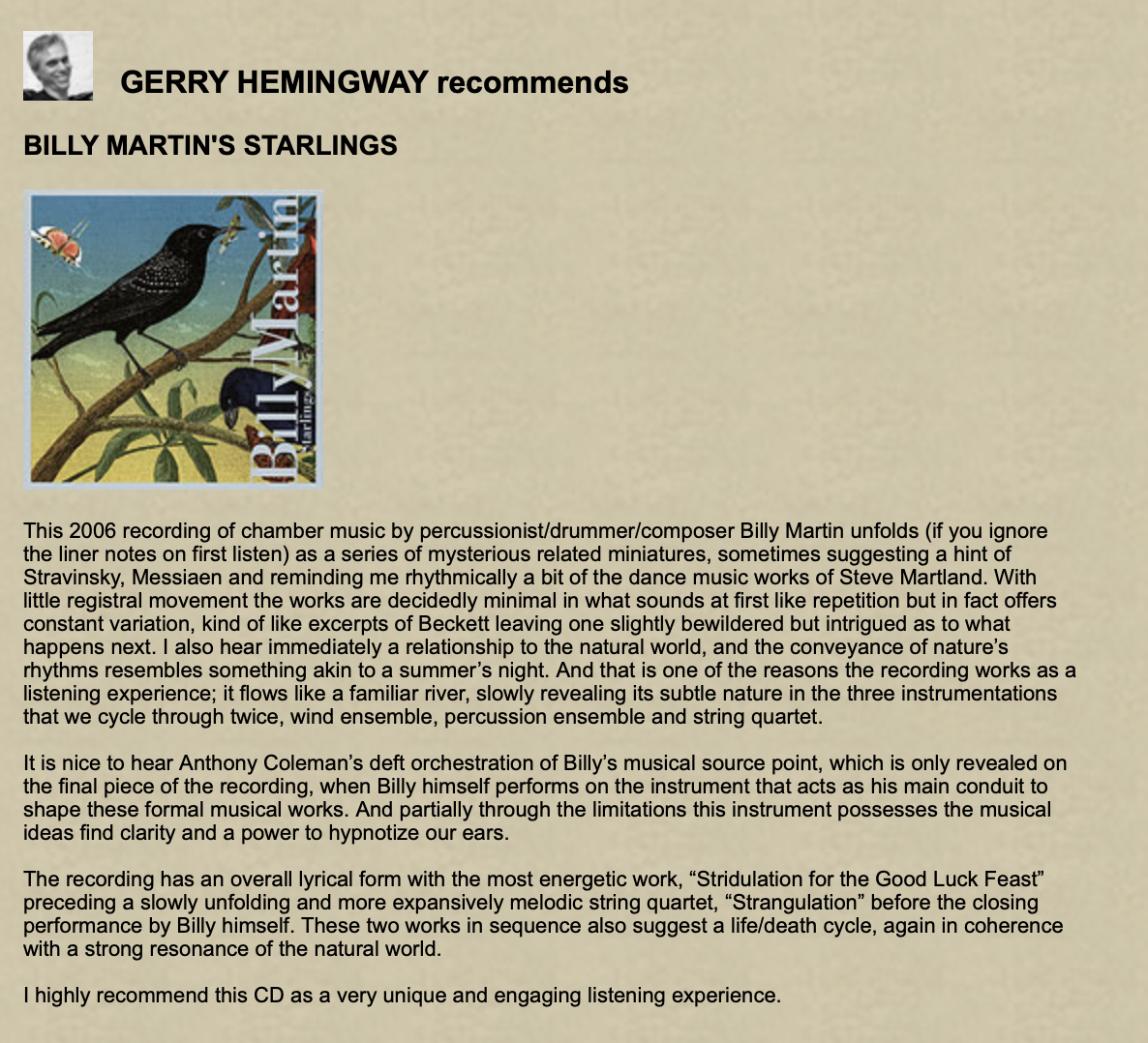 Most music by Billy Martin a.k.a. illy B can be found on his independent record label  and other sources below.

Amulet Records was established by Billy Martin in 1997 and is primarily releasing experimental music with the exception of a few mainstream records.

Excerpts from a live outdoor performance BOXING FOR SEAN – An original percussion ensemble work Billy Martin composed for Sean Scully’s corten steel sculpture BOXES FULL OF AIR. This performance was presented at Sean Scully’s studio in Tappan, NY September 2016 captured by one of the audience members.